It’s Sunday, January 8, 2017. The first race is postponed until 10:30 AM in order to give the wind time to settle in. Gold fleet will start first.

2016 New England Championship: Anything Is Possible 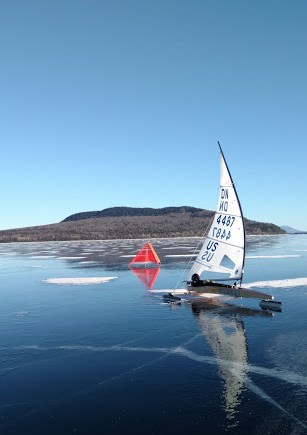 Eastern Lakes Commodore Chad Atkins says they are holding out hope that the 2016 Eastern Championship regatta may be sailed by the end of the year. They are keeping an eye skimming lakes to their north.

Chad also informs us that the dates of the 2017 Eastern Championship regatta has been determined. Mark your calendars for February 11-12, 2017 for that one (conditions providing of course).

See all the DN regatta dates over on the Regatta Schedule webpage. The September issue of Runner Tracks, the official online magazine of the IDNIYRA, has been posted.
Read it here!

Also of note, the 2017 Rank list has been updated and corrected.