We are pleased to announce the appointment of James “T.” Thieler US5224, as Eastern Region Rear Commodore, effective immediately. T replaces Chad Atkins who has held the position for several years. Thank you, Chad, for your service to the DN class.
IDNIYRA Commodore Jody Kjoller 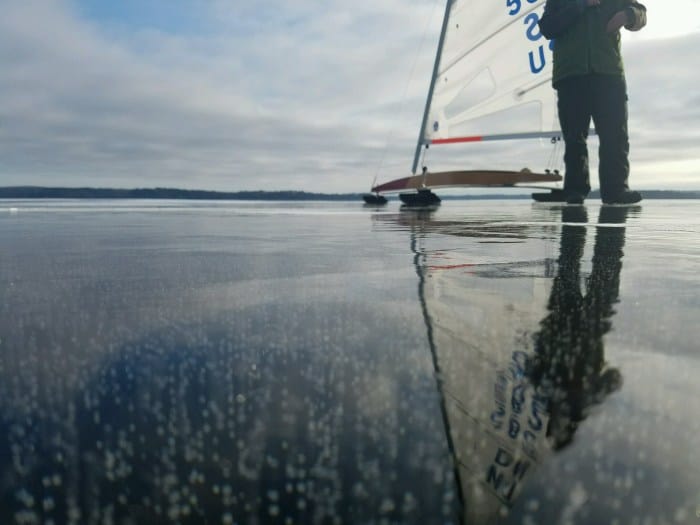 Saturday morning registration 8:45-9:45 am only at the launch
Followed by a skippers meeting
1st race immediately following

Sunday morning registration 8:45-9:15 am only at the launch
Followed by a skippers meeting
1st race of the day immediately following

***Entering on either day- Signing in, registering and showing your $300,000 liability insurance coverage is mandatory along with being a current IDNIYRA member in good standing (idniyra.org) If you can have a registered sail # as well it would be greatly appreciated!***

Hotels are in Augusta about 25 minutes south of the launch off 95. There is a group of us staying at the Senator Inn and spa, mention the iceboating group might help with pricing. There is a bar and restaurant in the hotel.

Looking forward to seeing you there!!

P.S. Any additional information will be posted to https://neiya.org As of right now the 2018 DN NEW ENGLAND CHAMPS are ON for Saturday December 8 at Pushaw Lake near Bangor, ME. Stay tuned to this site for details ! The 2018 DN Eastern Regional Championship scheduled for January 13-14, 2018 is postponed until further notice due to a mixed bag of precipitation headed for the entire Mid Atlantic and North East coast. Take this time to fine tune your gear for the upcoming North Americans with registration slated for Sunday evening January 21st.
Best,
Chad Atkins
IDNIYRA Eastern Rear Commodore